Regular readers of our blog will be aware that our previous two blog posts dealt with anxiety. This week’s blog post looks at a condition that goes much deeper than anxiety – post-traumatic stress disorder or PTSD. Centre founder Owen Connolly has a particular interest in helping people deal with and overcome trauma, and we have shared some of his thoughts on this blog before. However, in today’s post Teyhou Smyth, the Centre’s London-based therapist, gives us a more general view of PTSD to help us understand it better. And next week she will share with us strategies for managing PTSD. 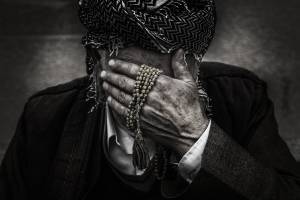 It is a frequently misunderstood diagnosis. Because PTSD showed up on the diagnostic scene as a combat-related diagnosis, many people still carry the misconception that it only applies to military veterans.

WHO CAN GET PTSD AND WHY

PTSD can impact anyone who has experienced a severe traumatic life event in which there was a perceived threat of harm or death.

It can also be caused by witnessing the harm or death of another person or witnessing catastrophic events. Originally, this condition was discovered in combat veterans who returned from war with severe trauma symptoms.

As the condition was studied and treated, professionals learned more about the causes of PTSD and it was no longer considered a diagnosis only for veterans.

People who have experienced physical, emotional or sexual abuse can experience PTSD. Often people who have had chronic childhood abuse experiences have many traumatic events that can result in PTSD. It can also be a one-time event of victimization (a rape, assault or being held at gunpoint).

PTSD in Witnessing or experiencing a near-death event:

Post Traumatic Stress Disorder can be caused by witnessing or experiencing a significantly traumatic event that is happening to oneself or others. Being a witness to the death of another person, a tragic accident in which someone is harmed or having viewed catastrophic circumstances that caused great fear and risk of harm. Examples of this could be observing or being a part of a fatal car crash, watching a loved one die, war or combat experiences, a house fires etc.).

SIGNS AND SYMPTOMS OF PTSD

PTSD has a particular set of symptoms that are required to meet criteria for diagnosis, but the condition doesn’t look the same in everyone.

Many other factors play into the ways that PTSD manifests in individuals. Temperament, cultural norms, personality, genetic factors and even age help determine the ways in which varying people respond outwardly to the symptoms.

Intrusive thoughts, flashbacks or mental imagery:
One of the key components for PTSD is the way it impacts one’s mental and emotional processes. PTSD can cause unwelcome memories of the event to infiltrate the survivor’s daily life. The memories and images are disturbing and cause distress. The mental imagery and flashbacks spike anxiety and often increase physiological symptoms as well as emotional responses. Nightmares are also a common experience for PTSD survivors and can impact quality of life.

Avoidance:
PTSD often causes people to avoid exposure to the triggers. This may mean avoiding crowds or people, trying to avoid thinking about certain subjects or having feelings related to the traumatic events.

The problem is, often the symptoms sneak up unexpectedly and no amount of avoidance can prevent it.

There may be an inability to recall details of the events, or, conversely, the event details may be etched clearly in the mind and present as flashbacks.

Some people may experience ongoing challenges with guilt or obsess on certain aspects of the trauma that cause major distress and emotional pain. Often people feel detached from others or have a difficult time experiencing positive emotions.

Hypervigilance and reactivity:
When PTSD influences the mind, it also influences the body. Increased heart rate and startle response are common indicators of PTSD.

When this type of major arousal of ones physiology occurs, it can have a significant impact on emotions and behaviors. Irritability, agitation and sleep disturbance as well as challenges with concentration are all very common symptoms.

If you are struggling with PTSD or wonder if your symptoms are related to trauma, help is available.

One of the worst things you can do when dealing with PTSD is to try to cope with it alone. Isolation and avoidance only exacerbate symptoms.

There are medications to help with PTSD symptoms and treatment modalities such as EMDR, Cognitive Behavioural Therapy and Trauma Focused-CBT that can help.

Taking the first step and reaching out to a trained professional for assistance could be life changing.