Stages of Love: From Flames to Embers

Well, with Valentine’s Day behind us now, we can all breathe a sigh of relief. From stressful expectations to crushing disappointments, the fated celebration isn’t always the fairytale romance that advertisers and other couples make it out to be. Love comes in all shapes and sizes and many different forms, and we all experience receiving and giving love in one way or another over the course of our lives, even if only in familial or friend relationships. However, romantic love is somewhat different – it is something that is very primal and connected to our physicality perhaps more so than other love relationships. And it can also cause much confusion and heartache, despite its promise and allure. In today’s blog post, therapist Teyhou Smyth looks at the various stages of love and how it can start with flames, but end in embers. Embers which can be tended to give us warmth indefinitely, and safely. 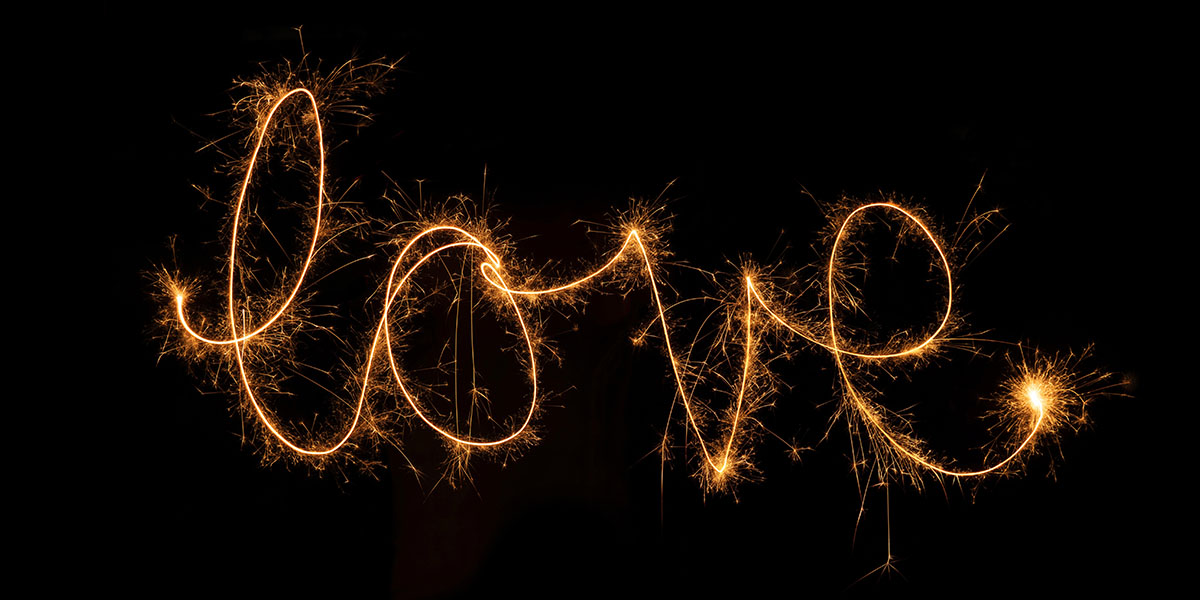 We’re all suckers when it comes to love. It is the main theme of our lives; it motivates our behaviours (for better or worse) and drives us toward one another, sometimes inexplicably and without our cognitive permission.

You see them across the room. Your eyes lock. Immediately, you know this is the ONE you have been waiting for your entire life. There is something magnetic, even primal, in your connection.

At this point, it would be a stretch to call it “love,” since this initial connection is more about attraction than anything else. This stage is all about the mating ritual. If we were animals, we’d be strutting our plumage and making strange, interesting noises. As humans, we touch our hair, smile furtively and engage in steamy, ice-melting eye contact, among other subconscious behaviours.

You were introduced and you’re already convinced they are your soulmate; they are intriguing, engaging and attractive. Unlike anyone you’ve ever met. You want to know more about them, to spend time alone and obviously leap into their bed with great vigour and enthusiasm.

And here we are at stage 2, “infatuation.”

Stage one is still in play, but at stage two you know more about the person and you’re even more enamoured than before. At the infatuation stage you are getting to know one another and the spark of attraction is bursting into flame, as the potential for this relationship flashes before your mind’s eye. You want to spend LOTS of time together, talking, playing, exploring each other’s bodies and minds. You are floating on a cloud.

Things have progressed. The attraction and infatuation are real, the lust is real. It’s all very, VERY good. You’re spending time together, going on dates and engaging in fabulous sexual contact. You’re both still riding high on the wave of lust, anticipation, infatuation and excitement. Could this become a relationship? It’s looking that way.

You’ve agreed that this thing is far greater than either of you had anticipated and you both want to make a go of it. You are now in a committed relationship. You’re happy. You’re so very happy. Things are going swimmingly and you’re convinced this is going to last. This person is so great. Cynical friends be damned, you’re on top of the world and you have a great human being by your side. Yay!

The relationship has been established. You’ve both said “I love you” and it felt real and reassuring to express this and to feel this level of connection. There have been a few comments made in passing that sort of irritated you, but you’re trying to keep perspective and stay focused on the positive in the relationship (and most of it truly is positive).

And then comes stage 5, “settling into reality” or the stage known as “hey, where’s my cloud?”

Stage 5 can bring a bit of heartache, as the veneer of perfection you had been witnessing begins to fade. In stage five you are noticing irritating aspects of your partner and your own annoying habits are becoming more evident, too. The “settling into reality” stage is a more grounded state than any of the prior stages, and because of this, it is somewhat anticlimactic. But, you persevere, because no relationship is perfect and the cloud wasn’t a permanent thing, even though you wish it could’ve been.

You love this person and they love you, but damn they can be so annoying. Big fight yesterday over some stupid thing you can’t even remember. Turns out, this isn’t going to be a perfect relationship at all and they’re not as amazingly wonderful as you had thought; they’re good, but definitely have flaws. How did you ever think they were perfect? Pah! What a laugh! Guess if this is going to work, you’re going to have to WORK on it. Good thing you love each other, otherwise you’d consider walking away.

The rainbows and butterflies have drifted into oblivion, but you’re still standing on solid ground as a couple who love each other. You fight now, so that’s a thing. But, ultimately you care for each other and will keep working on it. It’ll get better, you just have to keep trying.

The relationship still has a foundation of love, but there have been many ups and downs. Time has passed, and each of you have been through your individual problems and have faced strife as a couple, yet you still stand. There are things you like about them, and things you dislike, but they’re all part of who they are, so you’re working on acceptance and unconditional love. It’s not always easy, but it’s worth it. You’re both in this for the long haul. Even though you might drive each other crazy along the way!

As you wind your way along in the relationship and have some history to go on, you are entering stage 7, the “sane and settled” stage of love. This is a welcome place to enter after the turmoil of some of the past stages. In stage 7, you are content with most aspects of the relationship, though there are some changes that you wish could happen. Regardless, your love is solid and strong. You’ve been through a lot together, and you’re still here to tell the story. Even though you’ll never be perfect as a couple, you are secure in your attachment to each other and you still have embers that will continue to sustain the relationship during difficult moments.

Relationships can bring us to the top of the world and into the pits of doom, and yet we are compelled by them beyond comprehension. Even when love reaches stage 7, it requires ongoing work and commitment to being one’s best self. Even when the roaring flames have given way to embers, love is a force that perseveres if we tend to it.