Continuing on with our series on LGBTQ issues, today’s #ThursdayThoughts blog post from our London-based therapist, Teyhou Smyth, looks at the negative effects of stigma. Many of the help resources mentioned in this blog post are located in the USA, so if you or someone you know is struggling with the pressure of GSM stigma, please contact the Centre for advice on where to get help. 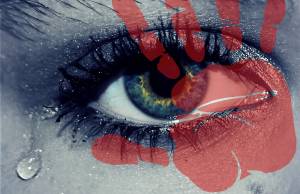 The narrative of difference is heavily weighted in stigma.

If you are a gender or sexual minority (GSM), meaning that you identify as lesbian, gay, bisexual, transgender, queer, questioning, intersex (or any colourful variations in between), your identity is invariably steeped in it.

Everything from the tone of your voice, to the way you walk, the clothes you wear, and the people you love are your Scarlet Letter, reasons others will use against you because of your perceived difference.

The history of GSM stigma is long and arduous.

Sigmund Freud’s use of the terms deviation and inversion to describe homosexual behaviour continues to stigmatize the community in the area of mental health.

Homosexuality was classified a psychological disorder until 1973 and was known as a formal diagnosis in the DSM IV (Diagnostic and Statistical Manual of Mental Disorders) until it was finally removed in the recent version.

Mainstream society feared any behavior that fell outside of the heteronormative norm. Adrienne Rich would later use the term compulsory heterosexuality to refer to this phenomenon. Men and women were institutionalized for their GSM identities.

Daphne Scholinski recounts her experience at an institution to cure her Gender Identity Disorder in her memoir, The Last Time I Wore a Dress. Treatment for the disorder consisted of instruction in etiquette and other lessons in femininity.

The overall claim was that if she acted more feminine, she would become heterosexual.

The idea of compulsory heterosexuality served to normalize a level of femininity seen to correlate with sexual preference; dropping below a certain level was crossing the line from one preference to another- from heterosexuality to homosexuality.

The acceptance of gender identity and homosexuality as psychological disorders perpetuates the myth that GSM identities are wrong.

Anyone who identifies as a gender or sexual minority internalizes the stigma of difference.

For example, someone with gender dysphoria, the feeling that one’s gender identity does not match the sex assigned at birth, inadvertently experiences guilt and shame around his or her identity because society states repeatedly that that identity is abnormal.

The words we use to describe GSM identities continue to stigmatize them. However, the continual stigma materializes into more cruel and problematic societal actions.

Shock aversion therapy was born out of the harmful effects of social stigma.

It is still a common belief that homosexuality can be cured by altering the brain pattern through shock therapy. Famously satirized in the Psychoanalysis of Edward the Dyke in 1964, the essay exposes the grim absurdity of the procedure.

The idea that identity, the essence of who you are, can be medically or spiritually cured is a harmful narrative that is still prevalent today. The notion that someone who is a gender or sexual minority needs saving is problematic.

The idea that homosexuality can be cured is due to imposed stigmas on GSM identities. Conversion therapy is a product of these prevailing stigmas (and sadly still practiced in some states although outlawed in most )

It supposes that prayer and religious methods can dispel homosexuality and gender dysphoria, and continues to be a harmful practice in society today.

The Miseducation of Cameron Post is a new film that highlights the problematic effects of conversion therapy. The film is a reflection of the myths that continue to stigmatize the community.

the idea that sexual preference and gender identity is a choice; and that both are biological errors that need correction. Such myths compound the stigma, causing GSM identities to internalize shame and homophobia.

What are the long-term effects of stigma on GSM identities?

There continues to be a large volume of negative messaging for those who fall outside of the heterosexual norm. The use of such words as immoral and deviant in conjunction with GSM identities takes a toll.

Meyer’s minority stress model concluded that long-term exposure to stigma was the leading cause of health disparities for sexual and gender minorities.

This suggests that mental health issues exist within the community because GSM identities are engrossed in social stigma.

The stress and psychological trauma of living in a state of perpetual stigma results in higher risk factors that include: higher suicide rates; increased HIV-risk; homelessness; and substance abuse.

In addition, homosexual men continue to be stigmatized by the belief that HIV is a gay disease.

There are current interventions to help interrupt the effects of long-term stigma.

Although the stigmatizing of GSM identities has negative long-term effects, current research is creating counter narratives to reframe the way the community thinks about themselves. These narratives serve to combat negative messaging and instead perpetuate feelings of personal agency.

The National Institute of Mental Health is helping to fund programmes such as EQuIP (Empowering Queer Identities in Psychotherapy), and ESTEEM (Effective Skills to Empower Effective Men), which use counter thoughts to reframe current stigmas.

The aim of the programs is to instill a sense of self-efficacy and self-worth.

Other research looks at redirecting lifelong stigma into concepts of growth and resilience. This reframing can help shift focus to the inner strength and courageousness of these individuals, rather than focusing on their victimization.

The reclaiming of the word queer by the LGBT community is an example of this kind of empowerment.

Anyone can become an advocate for GSM identities by interrupting social stigmas.

Health care workers and providers have opportunity to combat social stigmas within the healthcare system. Be the voice of dissent in challenging non-inclusive policies and procedures and challenge negative assumptions or myths of GSM identities.

Voting is one of the most important ways of combating negative or harmful stigmas. It is more important than ever to have elected representatives who will continue to fight for the rights of under-represented and marginalized communities on the national and local level.

There are a number of organizations you can support through monetary or other means. The Born Perfect campaign is one organization that tries to combat conversion therapy.

The HRC, National Center for Lesbian Rights, and the Southern Poverty Law Center filed a complaint against People Can Change in 2016 on the grounds that conversion therapy was harmful to LGBT youth.

Many organizations continue to challenge destructive attitudes and myths of GSM identities, but need help in reporting and supporting the inhumane treatment of others.

There are organizations that specialize in crisis intervention and suicide prevention. The Trevor Project is a wonderful resource for anyone who is contemplating suicide or is feeling the harmful effects of social stigmas.

LGBTQ centres – are another great resource where counseling and services are provided to the community.