Today’s #ThursdayThoughts blog post is the second  in our LGBTQ-focussed series by Centre therapist, Teyhou Smyth. In this article she looks at the causes and results of discrimination against people identifying as part of the LGBTQ community. Perhaps you can identify? 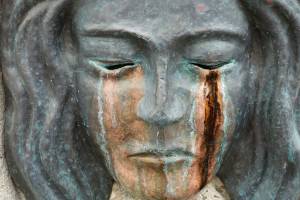 The LGBTQQI community is no stranger to discrimination. The very fabric of the pride flag is sewn together with a diverse spectrum of colours to celebrate our differences and bring about inclusion from a history of exclusion.

It is ironic then that the symbol of the rainbow with its array of colors can still discriminate against other members of the community who fall outside of what is considered normal. Femme women are shunned for not being lesbian enough; bisexuals are harassed for not being gay enough. Non-gender conforming people are criticized for not conforming to one gendered-ideal or another.

Discrimination seeks out difference like a predator stalks its prey. However, the community cannot afford to be internally disjointed.

It’s true that visibility has been on the rise. There is more representation of LGBTQQI people in the media. The movie Love, Simon, which was released in 2018, is the first mainstream studio release to feature a gay protagonist.

Television shows such as Orange is the New Black feature regular lesbian, bisexual and transgender characters. Also, the popular FX show entitled “POSE” is a true portrayal of the transgender community and the challenges that they face in the mainstream world. Even celebrities seem to be coming out more and more every year.

On the legislative level, the Supreme Court ruled the Defense of Marriage Act (DOMA) unconstitutional and gay marriage was federally recognized in 2013. So how is it that discrimination against the community is still prevalent in the US and around the world?

There is a tangible undercurrent of discrimination that is getting louder by the second.

In 2017, a baker in Colorado refused to bake a cake for a gay wedding citing that it conflicted with his religious beliefs.

That same year, LGBT families were turned down by adoption agencies for religious reasons. USA Today wrote that more than 100 bills against the LGBTQQI community were introduced in 29 states since the presidential election.

The strides that the community has made in the past decade could be lost at the drop of a hat. How is it that the world is so polarized, and why is discrimination of the LGBTQQI community so hard to dispel?

Those who cry out that marriage is between a man and a woman aren’t talking about sexual preference… not really.

What they are referencing to is gender. It is assumed from birth that our gender corresponds to the sex assigned at birth, and once a baby is born it is gendered with pink dresses or blue overalls, and the way we interact with the child is dictated by strict gender roles and expectations.

If a baby girl cries, we soothe her; if a baby boy cries, we tell him to be tough. For girls, allowances are made for a tomboy stage; boys, however, are never permitted to wear dresses or play with Barbie dolls. If he does, then he is called all the names that let him know that his gender expression is viewed as wrong. And that’s the distinction.

Gender expression does not correlate to one’s sex, or sexual preference.

It is the way one moves in the world, the clothes we wear, the activities we like. A dress, just like a tie, is not inherently gendered, but society genders them according to the culture we live in.

Crossdressers, who wear clothes of the opposite gender, are often discriminated against and are assumed to be gay despite the fact that most crossdressers are heterosexual.

Discrimination toward the transgender community has always been prominent because they challenge the compulsory notion of gender.

According to a 2015 study, 39% of respondents experienced discrimination including being denied healthcare, housing, and employment, due to their gender identity or expression. The 2011 National Transgender Discrimination Survey revealed that transgender people are four times more likely to live in extreme poverty.

Societal discrimination against the transgender community stems from their rejection of gender norms.

The reality is that a lesbian can look like anyone, but a woman with a more masculine gender expression is more likely to be harassed or discriminated against than a woman with a feminine gender expression, because she is a visible gender outlaw, seen as breaking set gender roles. Assumptions are made regarding her gender identity and sexual preference regardless of what they actually are. Perhaps if we can dispel the myths around gender, we would see a decline in gender-based discrimination.

What are the effects of gender-based discrimination?

A 2015 study revealed that gender-based discrimination is one of the leading causes in health disparities among the LGBTQQI community, especially in underrepresented, minority populations.

In the area of mental health, people who suffer identity-related discrimination on a regular basis are more likely to have suicidal ideations.

It was found that 39% of transgender people experience psychological distress, compared with just 5% for the general population. In addition, people are less likely to go to the doctor due to the fear of discrimination.

What can medical providers do?

LGBTQQI patients don’t come with a blank slate. It is safe to assume that the transgender person in your office has suffered harassment and discrimination, and it is important to treat them with the same dignity and respect as your other patients. One easy step is to use gender neutral language, and ask your patients how they identify.

Actively listening to them will help foster a constructive relationship.

You can also ensure that patient packets have the option of a third gender. Transgender health is considered primary care, and as their physician, you have the ability to help them get the medications they need.

Too often the transgender community is forced to buy drugs off the street because of the discrimination they have faced due to their gender identity or expression.

What can you do to fight discrimination?

Support the American Civil Liberties Union (ACLU), the Human Rights Campaign (HRC) or any other non-profit organization in their efforts to support the LGBTQQI community. Call your local representatives and make a stand against any legislation that threatens the humanity of others.

Be the voice of dissension against gender discrimination, no matter how seemingly minuscule; even the softest voice can ring loudly as a collective against intolerance and hate.