Centre therapist, Teyhou Smyth, based in London, has started a new blog series focused on the mental health of the LGBTQ community. Her first article focuses on the issues that make letting others know about their LGBTQ identity so difficult for people, and she gives practical advice to us all on how we can make it easier. 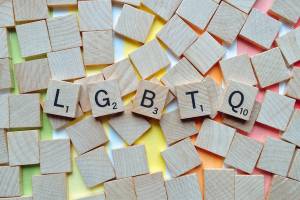 The LGBTQQI community has a complex relationship with the idea of Coming Out. For those who are unfamiliar with the acronym, it is often shortened to LGBT for lesbian-gay-bisexual-transgender, and has many other variations.

Questioning one’s identity is part of the very fabric of humanity.

As our language has progressed and tools such as the internet came into existence, the conversation shifted from the private to the public domain. All of a sudden coming out was a public phenomenon.
At the March on Washington on October 11th, 1987 National Coming Out Day was born; a decade later Ellen came out and it was a big deal. Over 20 years later, and it is still a big deal. So why is it so problematic?

The coming out process is unique to the LGBTQQI community. The LGBTQQI community is a diverse and multifaceted community that derives from a history of marginalization and oppression. With heteronormative assumptions being the standardized norm, fixed identities are a societal construction.

The coming out process is against the heteronormative paradigm and can be intensely problematic on so many levels but extremely important to the health and wellness of the members who do not identify within the heterosexual standard.

The phrase itself is overly simplistic.

It sounds as simple as walking out a door, and has often been satirized to that effect. The reason for this is that identity is not fixed, but an ever-developing process.
Age and new experiences create opportunities for us to grow and discover ourselves, which is why high school and college students seem to be the driving force for coming out. This is because they are actively assembling their identities with the language they have available; they also aren’t shy to invent new words for themselves.

Language is imperative to the coming out process on so many levels.

If you are coming out, you are searching for the words that resonate with you. The categories of lesbian, gay, bisexual and even transgender are fixed identities that don’t necessarily fit. This is why queer, gender queer, gender nonconforming, and other related terms have become popularized, It is because, unlike the binaries of sex and gender, they are fluid. They leave room for expression and self-discovery.

The term Coming Out identifies the very need for it.

It suggests that people live their lives ashamed of who they are and afraid of what will happen to them if they are honest about themselves. Many people who come out are thrown out of their homes, lose their jobs, and are shunned by friends and family.

A 2015 study showed that 30% of those surveyed suffered some kind of discrimination at work due to their gender identity or expression. The risk is even greater for people of color who have to attend with the stigma of both racism and homophobia.

Another study reported that 42% of homeless youth are LGBTQQI, and of that figure 65% are racial minorities. In addition, 61% of African Americans were out to parents compared with 80% who identified as white.

The inability to come out is detrimental to the health and wellness of LGBTQQI individuals.

According to the HRC, LGBT youth who are out to their families report that they are happier, and yet coming out to one’s family is not always an easy or safe option.

Today’s climate still makes it difficult to come out.

The HRC reported that 92% of LGBT youth hear negative messaging of the LGBT community mainly through the internet, school, and their peers. Without the support of their friends and family, they are more likely to suffer from depression and to take their own lives. According to the Center for Disease Control (CDC), 29% of LGBT youth have attempted suicide compared to only 6% of heterosexual youth.

You can be supportive of others in their coming out process by being intentional with the language you use in the presence of others.

Whether you know it or not, people are listening, and someone could be struggling at any time and in any given place with their identity and you would have no idea. Therefore, it is important to use gender neutral language so as not to isolate others or make assumptions about how others identify.

Ways you can use language can help someone coming out:

Such as spouse, partner or significant other instead of boyfriend or wife.

Use the word them when asking about someone’s partner if a preferred pronoun hasn’t been established. It may be grammatically incorrect, but its popularity is on the rise.

Refrain from commenting on gender norms:

he throws like a girl; if you wore your hair long you would look pretty. If someone is struggling with coming out, gender stereotypes can create an unsafe environment by putting up harmful barriers.

Ask their preferred pronouns. The Chronicle of Higher Education did a segment, “Ask Me: What LGBT Students Want Their Professors to Know” that interviewed college students to understand how their professors could create a safe environment for LGBTQ students.

The consensus was that asking them how they identified not only opened up dialogue but allowed students to feel safe and supported in their environment.

Think beyond the gender binary.

People who are cisgender (their gender identity correlates to the sex assigned at birth) have had the privilege of existing identifiers that resonate with who they are; their identity. Those who identify as LGBTQQI have struggled to find the same representation.

Recognizing the limitations of the gender binary leaves room for LGBTQQI people to be themselves.

The Gender Unicorn is an illustration that introduces the idea of fluidity by teasing out gender identity, expression, sex assigned at birth, physical and emotional attraction. Each has its own scale and offers a third option outside the binary.

If you yourself are coming out, know that you are not alone and there are people and resources to support you.
GLAAD Resources.
HRC Resources.