While pornography has been around for a long time, with the growth of the internet it became ubiquitous and condoned, even in “polite” society, influencing popular culture and the lives of millions of people. However, more and more people have come to realise how detrimental it is to relationships and thus society, and there is increasing pushback from ordinary people, even in the younger generations. The growing awareness of the contribution that porn makes to the mistreatment of women, from minor sexual harassment to gross human trafficking crimes, is turning the tide of public opinion against it. Psychology has also supported this growing anti-porn movement with studies showing the negative effects it has on the brain and emotions. Yet, in private pornography continues to be consumed in large quantities and the industry continues to make billions. Why is that? In today’s #ThursdayThoughts post, Owen Connolly shines a light into the darkness with an excerpt from his book for fathers entitled “Standing on the Shoulders of Giants: From Father to Dad.” With International Women’s Day just a few days behind us, let us consider together how we can make things better for all of us, starting with ourselves and the choices we make.

ARE MEN ADVERSLY EFFECTED BY PORNOGRAPHY? 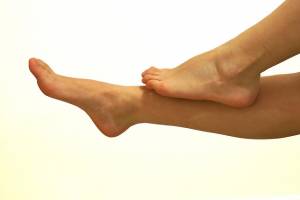 Porn has been around for a long, long time, and because men are designed to be aroused by what they see, porn plays a huge role in some men’s lives. Looking down through the centuries, there was a time when just seeing a woman’s ankle would send a man into all kinds of ecstasy. And at the time when ankles were such a turn-on, breasts would be hanging out all over the place. Men, by nature, find what is NOT seen to be the turn-on, so we’ve always played with the idea that what is covered up is more titillating than what’s exposed. On the other hand, there are people who walk around beaches naked and it doesn’t cause them any disturbance because they’ve learned to use their minds correctly. Instead of the myth that our brain is between our legs, these people are using their heads and controlling their impulses. Because of the way we’re designed, we can become aroused just walking down the street or travelling on the bus, but we know that when we get turned on walking down the street, we mustn’t try to have sex with the lamppost. We learn how to manage that arousal. We must develop the appropriate management of our arousal and sexuality. In the meantime, people will look at sexy magazines or movies out of sexual curiosity or use sexual arousal as a comforter. The part of the brain that’s stimulated by sexual arousal is the same part that’s stimulated by alcohol or cocaine or heroin, so there’s not a great deal of difference between them. They’re all addictions that make you want to keep repeating the same sensation in your brain.