The Importance of Communication Between Parents

In today’s #Thursday Thoughts blog post we are focusing on communication between parents in a family. The parents’ relationship has a huge impact on the rearing of their children and communication is key, according to Owen Connolly in his book for fathers. Read on for some good advice from Owen on this important topic. Let us know your thoughts on any of our social media profiles, by clicking on the icons on the bottom of the page.

HOW IMPORTANT DO YOU THINK GOOD COMMUNICATION BETWEEN THE TWO PARENTS IS?

The husband and wife must discuss things related to the good of the children together. They should not be competing against each other for the children’s affection. It’s a sign of immaturity when a person is looking for affection or other needs to be met through the child. They want the child to accept them and not reject them, but your child is NOT going to reject you. They might temporarily say that they hate you or want nothing to do with you, but they actually want your favour all the time. So, when any decision needs to be made, it should be: “Your mother and I – or your dad and I – will have a chat about it and see where we need to go from here” – a united front. In fact, you really need to discuss a lot of this stuff even before you have children. When mothers and fathers come to me and say they have nothing to talk about when they go out to lunch alone together, I have to point out that there’s no shortage of things to talk about. 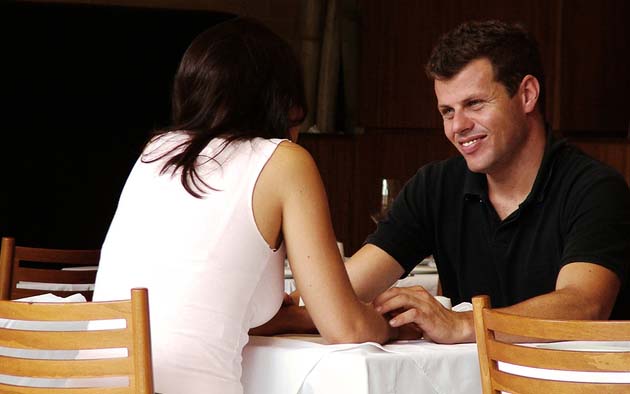 They should be discussing how they feel about the children and their own relationship and discuss all aspects around the children’s development. Again, as I’ve said before, to have a child is something that should be considered very carefully. It’s dangerous to have children without thinking about it, because children are very demanding and very needy and to bring children into the world is an unselfish act. You’re declaring that you’ll put your life on the line that they might live. It’s a very powerful experience, because it’s not that you give up living but that you are prepared to sacrifice yourself that they might live.

Children are helped no end by seeing their mother and father getting along well together. They love to see their mother and father kissing or holding hands, for instance, even if they give out about it. It makes them feel very secure and it excites them. You’re giving the children a very clear signal that things are alright. Children worry about their mothers and fathers naturally, and when they’re at school with their peers, they hear and witness the results of family breakdown, all of which adds to those natural fears. It is therefore very important to send them positive signals, because the more reassurances they receive regarding the permanence of your relationship, the more secure they will feel.

Men Need to Open Up

Men and women need to communicate deeply with one another, but men are sometimes reluctant to open up. The main obstacle to men opening up is fear. They’ve lived most of their lives in the left hemisphere of the brain, and they are in the fixing/doing mode most of the time. The only time they usually switch over to the right side – the feeling side of the brain – is in the romantic times in their lives. And when they do so, it leaves them feeling very vulnerable. They feel threatened. It’s not the place they want to go readily. One of the reasons sexuality is so powerful is that it forces men to engage with that emotional side of themselves. It is very important that men engage with their emotional side at times other than just sex, however, because it is there that they learn empathy and understanding and that they learn how to listen.

There are men whose levels of sensitivity are high and who don’t mind opening up, due to the way they’ve been raised, and they’re more scared by the practical side of things. These men who are emotionally charged are just as valuable as less emotionally-governed men, but just need some assistance with the practical, whereas the other men need help with the emotional. Traditionally, boys were expected not to show emotion because it showed a level of vulnerability in dangerous situations and was considered a weakness. I am glad that this is becoming a thing of the past, because today we see great, big rugby players being unafraid to show emotion, even on camera!

Discipline Needs to be Shared

A statement that rings out to us from the past is “Wait till your father gets home!” In those days, the father had to come home and deal with justice. Children were filled with fear towards a very important character in their lives. The father was going to be told how bad you were, and he was expected to punish you in some way. And this caused huge problems in relationships between fathers and their children in the years to come. Dads were made out to be the baddies. Actually, statistically, it appears women commit more acts of violence towards children than men do. Sometimes mothers don’t realise that the little slaps they give children spontaneously can have bad effects down the line, especially if they’re done very often.