Owen Connolly has spoken and written about the reptilian function of the brain, our natural alarm system, in the past. He claims this system can be triggered by interventions in childbirth, such as forceps or ventouse delivery or caesarean sections, and have a lasting impact on a child’s emotional development. This idea forms part of his treatment for anxiety in both his child and adult clients, and he expands on it in his forthcoming book, “How To Grow A Human”.  In today’s #ThursdayThoughts post, as part of our Therapists Thoughts series, Owen explains a little bit more about this approach to anxiety. 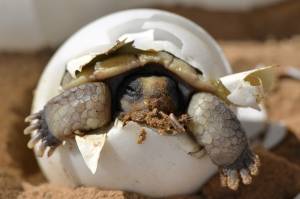 We have a situation now in our maternity hospitals where the policy is to have your baby out in 10 hours, now matter what effect is has on the baby or the mother. Instead of letting the birth progress naturally, there is a rush to conclude labour. The stress feeds down to the infant, altering their brain chemistry, sometimes for life. Ireland has one of the highest rates of C-sections in the developed world. 2015 figures show that in St Luke’s Hospital in Kilkenny, more than 38% of babies are delivered by C-section. Every one of the Republic’s 19 maternity units has a higher rate of C-sections thaN the World Health Organisation’s recommended 10-15%. These types of interventions are having profound effects on children in later life. Research into psychological trauma associated with birth inventions had been largely ignored by obstetricians. We need to look at a holistic approach to infants’ health. I’m hopeful the obstetrics profession will be open to a conversation about this.

A child who has had a difficult birth, a difficult experience coming into the world, lives in a world where they feel very defensive. It’s like they’re going around with an AK47. They have this anxiety and fear of outcomes tormenting them all the time, and some of them go to extremes with that. They assume everybody hates them and is out to get them. As a psychologist, we understand that people who are going through this kind of process and raised in a poor or bad environment are set up for behaving badly and doing dangerous things.

The reason why some children born with the aid of medical interventions will have problems is that their natural defence mechanism or ‘fight or flight’ response, is triggered, and does not switch off, so that child will stay on that state of alert. It’s not noticed until later on – they’re acting out, behaving badly, maybe they’re a colicky baby, a child who doesn’t sleep well. All of these things can be kinds of markers. Once that happens it changes the biology of the child, their breathing pattern changes, it changes their blood – the supply of oxygen – all these things are affected. The child doesn’t feel the same as other kids.

Birth is the first encounter with anxiety in an infant’s life. There is always some degree of stress during birth but when that stress is exacerbated, the anxiety could result in children as young as three presenting for help. Our team at the Connolly Counselling Centre often see and treat children and teenagers dealing with these difficulties. The kind of support we use here, our system, is reset therapy – to help to reset that natural alarm system.

These children can display a variety of behaviours which can indicate issues. Very early on you begin to notice they’re not sleeping very well, they’re not comfortable a lot of the time, they’re problem eaters, very fussy about a whole lot of things around them. They see everything as dangerous. The kinds of things we would hear them say would be that scary ideas are popping into their head, or they’re trying to pretend they’re someone else. They’re usually afraid of the dark, constantly worrying about things, and feeling afraid something bad is going to happen. It’s a sense of alertness in them. If they hear a creaky floor they think somebody is coming to kill them or hurt them. Ultimately, they can feel like it’s kill or be killed.

I believe that some children with this experience will end up in prison because they acted instinctively rather than by using their rational brain. However, it is absolutely possible to pre-empt problems and help a young child to overcome these issues before they reach that critical point. I’m fully convinced, I even say to other clinicians, ‘Send me your worst people. Send them to me and I can show you that change can take place.’ It’s easily fixed. We have 3, 4, 5, 6 year olds showing up in school behaving in a particular way and it gets to the stage where parents can’t cope, but within three, four, five sessions that child is back to normal.

It is possible to reverse the effects of trauma, sometimes without the help of a professional. For very young children, parents can do the work using a series of toys to show the children that the anxious thoughts they have are not real and can be separated from themselves. For older children, we use a computer programme to monitor the extent of their anxiety and then teach them that their brain is lying to them and tricking them by sending anxious thoughts. We teach them visualisation and breathing techniques to help them relax and to great effect.

We want to give hope that no matter what circumstances people are in – they can be helped. As a psychologist I believe people can be altered in their thinking.