Last week we looked at the difficulties faced by people in mixed-culture families – something that is becoming more commonplace in Irish society as we welcome many people from other countries onto our shores. Tying in with this theme, is not only our response to people who are in mixed-culture families but to people who are from other cultures or backgrounds to our own. As usual in our #ThursdayThoughts blog post, Owen Connolly shares some of his wisdom with us in an excerpt from his book for fathers entitled “Standing on the Shoulders of Giants: From Father to Dad”. Let us know your thoughts on the changing face of Ireland and how we can embrace all that it means.

HOW BEST CAN WE HAVE OUR CHILDREN REGARD OTHERS FAIRLY THAT MAY COME FROM OTHER CULTURES AND BACKGROUNDS? 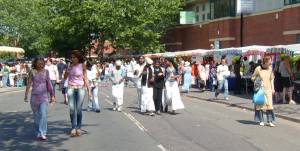 Humans are very tribal and love to think “My tribe is better than your tribe” and “My street is better than your street.” And this kind of thinking is often related to economic status. People these days are often boasting about the fact that they live in nicer houses or send their children to a paid school instead of a state school. This is really quite ridiculous but is probably so rampant here because for 800 years, the people of Ireland were subjects rather than citizens, and, as subjects rather than citizens, we had authorities over us that made us feel like we were down and unimportant, no matter what tribe we came from. In the last 90 years, we’ve gained some level of independence and have a Constitution than protects our rights, but many of us are still holding on to that old ruling class idea based on wealth or education. As citizens of the state, we shouldn’t be focused on ruling classes. We should merely say, “There go I but for the grace of God.” Given slightly different circumstances, all of us could be living in a mansion or a council house.

We need to teach our children the values of equality and humility. If you go down Sheriff Street, the young people aren’t particularly happy working with the people in Dorset Street. They keep very much to themselves, because they see their place as being better and more important. The more impoverished different places around the city become, the more tribal and closely guarded they become, and they live like that because they don’t have financial clout to escape from those areas. The same happens for the very rich. They close up their gates and have more security and only keep certain company. We all need to develop the ability to move between different castes or tribes.