Continuing on with our mini-series focused on the intimacy needs of childhood, today’s #Thursday Thoughts blog post discusses the third main intimacy need. Reviewing these needs and doing our best to meet them, can help us as parents to ensure our children grow up to be adults with healthy self-esteem. If you have not read the previous posts in this series, we recommend you start here. All opinions expressed in these posts are Owen Connolly’s own, as excerpted from his book for fathers called “Standing on the Shoulders of Giants: From Father to Dad”.

What is the Third Main Intimacy Need of Childhood?

The third intimacy need is encouragement. Encouragement is a strange one because we often think it means cheering people on and only doing that, but it also means comforting those who haven’t succeeded. We have a big issue about that as parents, because we want the children to always be happy and hate to see them sad. When your little 8/9/10 year old plays a game and their side doesn’t win, they’re devastated by that. Saying, “Don’t worry; you’ll beat ‘em next time” or “They cheated” or “Work harder next time” are all damaging phrases. What you need to do is put your arm around them and say, “I know how much you wanted to win and I know how important it was for you and I know how hard you worked to win but let me just give you a hug. It’s going to be OK.” Once you’ve identified with their feelings and their need to be comforted, they’ll be much more likely to go out and try again next time. In any game, there’s only one winner and the rest are losers, and that could be 15 guys on a team or even 30 guys on a track squad. They all participated to win, so if their objective was to win and they didn’t and were disappointed by that, they need to be comforted so they don’t feel like losers and have the courage to go again. Discuss future strategy later, particularly when the children are under ten years of age, because that’s a time when they can easily interpret it as a criticism that they’re not good enough and begin to believe that they’re not good enough. Children aren’t capable of thinking “This was just a game” but you are, because you’re the adult. If they don’t feel that comfort and encouragement, they may become fearful of criticism and become perfectionists or procrastinators or both. This may ultimately result in them not wanting to participate in anything. 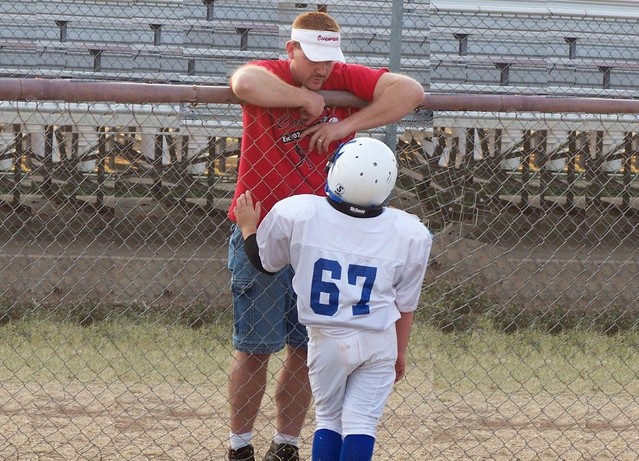 Young children may appear dismissive about their failure to win at sport or succeed at some other activity. They’re trying to test the water to find out how you react to certain events and to build up a library of information concerning how their parents handle disappointment. Though they may display a dismissive attitude, internally they are hurt because of the loss/failure and will need you to communicate that you’re sad for them and understand how much they wanted to win/succeed. Give them that reassurance hug we discussed above. This type of response will give them the confidence to come to you to express their sadness and know it will not be purely dismissed. When their need for comfort isn’t met, they can come to believe that it doesn’t matter to you whether they win or lose and that their feelings aren’t important, particularly their feelings of loss. They will conclude that they will only get attention when they succeed, because your response is always excitement at their successes.

In addition to comfort, encouragement also consists of coming alongside them and supporting their endeavour – be it a sport or some other activity. It consists of the teaching or training role you take in helping them overcome obstacles, because when you instruct and inspire them, it gives them hope that they have a future, that things aren’t all gloom and doom. Promoting them in the presence of others is another very important part of encouragement. But always remember: to encourage effectively, you must withhold your personal fears from them, because they have enough fears of their own.