Should Our Upbringing Determine The Parameters For Our Teens? 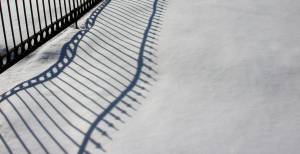 As we’ve written about before in this blog, it can be easy to let our own past determine the decisions we make in our parenting. This is especially true if we haven’t dealt with negative experiences from our childhood. Sometimes we can’t see how this impacts our children, especially if we think we are addressing things in a “positive” manner, not realising that we are over-compensating and going overboard in the opposite direction. This can often have unintended consequences during a time already quite difficult for many parents. Owen Connolly has some good advice for parents of teenagers in today’s #ThursdayThoughts blog post as they navigate the tricky journey of setting appropriate boundaries for their young people.

IN YOUR OPINION, IS IT WRONG TO SET PARAMETERS FOR OUR KIDS REGARDING CURFEWS, DRUGS, SEX, ETC. BASED ON WHAT WE WERE ALLOWED OR NOT ALLOWED TO DO DURING OUR OWN CHILDHOOD?

A difficult childhood can cause us as parents to make internal promises about how we will raise our own children. We may say to ourselves, “My father never let me stay out late, so I will always let my son stay out till all hours.” These internal promises may come from a good motive, but they can have disastrous results. The situation when you were growing up was very different from life today. And if you try to apply those old ideas and ideals in this time and place, you’ll be making very unwise choices. For example, if a mother decides she won’t take a certain action because she made a promise to herself that she wouldn’t based on her own childhood, that may be a huge disadvantage for the child. All children need security, and believe it or not, children who are not receiving security in the form of safe boundaries and limits feel alone and uncared for. What’s more, your child will not even appreciate it when you’re giving them something that you never had, because they probably don’t even want it!

Here’s an example: a friend of mine’s dad was a workaholic and was never around. As a small boy, my friend decided, “I will always bring my son for a walk on Saturday afternoons,” because that’s what he would have loved his father to do with him when he was a boy. When my friend finally had a son of his own, he did exactly as he always swore to do: he sacrificed lucrative overtime hours at his work in order to go for walks with his son every Saturday. Sadly, his son hated and resented the walks. On a Saturday afternoon, all he wanted to do was play football with his friends but he never could due to these walks with his father. He grew more and more angry towards his dad and more and more distant. He thought of his father as a spoilsport for taking him on the walks and by the time my friend was terminally ill with cancer, their relationship had deteriorated badly. I was able to explain to his son that his grandfather had been very distant and that it was out of that childhood hurt that his dad had insisted on the walks. When the son understood, he and my friend were able to reconcile, but as you can see, the internal promise that my friend made with himself based on his own childhood neglect badly affected his own relationship with his son. Why are such internal promises dangerous and always bad? Because they interfere with our ability to act in the moment. My friend should have involved himself in his son’s interest in football and been more sensitive to the fact that the walks came at a time that was socially awkward for his son. He should have figured out ways in which his son wanted to bond with him and not dragged his own son out for walks just because that’s what he would have liked as a boy.