Is It OK for My Child to be Assertive?

Often in our culture there can be a tendency to not be straightforward and to rather speak around a topic, for fear of offending someone, being seen as “not nice” or just not liking conflict. In today’s #ThursdayThoughts post, Owen Connolly looks at the current generation versus previous generations attitudes to assertive children and gives his valued opinion on this. Please share your own thoughts with us on any of our social media profiles.

I FIND MY CHILD TO BE VERY ASSERTIVE AND OUTSPOKEN. IS THAT O.K.?

When your child comes to you and says, “I don’t like this” or “I don’t like that,” you should be applauding yourself, because all children need the ability to say how they feel to an adult without fear. It’s a sign that you’ve given your child that freedom. Most of the people in my generation grew up with a fear of adults; we were told to respect the adults and “respect” was interpreted as “fear.” As a result, you never said how felt. You may have gone around the corner and called your mum or dad some awful name, or in your head you may have hoped that something nasty would happen to them, but you never spoke those things out. 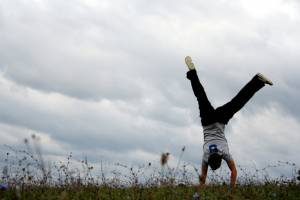 If a child doesn’t speak these things out, they can often start to internalise the feeling that “I’m a bad lad” or “I’m a bad girl” because they know they’ve been thinking really bad things. Children will often beat themselves up about that later on. On the other hand, if the child SAYS really bad things, something can be done about it, even if the parents don’t like to hear what’s being said! The words have gone out from the child, and it makes a big difference to how they feel on the inside about themselves. Hopefully, we are producing a people today who are fearless to speak their minds and to act courageously, because they’re going out into a world where that’s a very important skill.  They need to have the capacity to stand up for themselves without fear of being ridiculed or made to feel bad.