A Father’s Role in Encouraging His Children

Sometimes a parent can feel taken for granted, or perhaps that their input isn’t required or necessary, but in today’s #ThursdayThoughts post Owen Connolly gives us some food for thought on the involvement of fathers in encouraging their children.

HOW IMPORTANT IS THE ROLE A FATHER PLAYS IN ENCOURAGING HIS CHILDREN AS THEY GROW AND LEARN?

The father plays a crucial role in giving the children a sense of secure identity. They need that father stamp of approval. It’s so important for a father to acknowledge the child and to make statements of encouragement to the child. Because the nurturing mother will often comment favourably about her son or daughter, the child can assume “Well, mum is always going to say nice things anyway” and take it for granted. By contrast, children hang on the few words of encouragement from the dads. The woman’s bridge-brain, being more developed in the areas related to the voice and voice development, find speaking easier. As a result, they have the capacity to speak 26,000 words per day, which men often complain about! The man, on the other hand, can only manage 16,000. And some men don’t use any of their allotment, about which women often complain!

It seems that something in human nature means we respond to confirmation. If somebody says “You look well,” you may just take that as being a polite gesture, but if you visit a supermarket that same afternoon and the supermarket attendant says “You know, you’re really looking well,” you’re more inclined to believe it. When it’s coming from two different sources, you believe it, whereas if it’s only coming from one, the words just sort of disappear. So the mother AND the father have to comment favourably on the child. 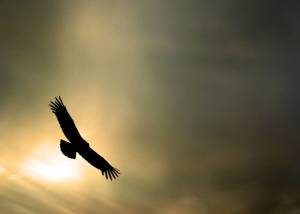 As all children – male or female – grow and learn, they will occasionally reach certain points where they get stuck and can’t go on without the input of a teacher or a parent. Vygotsky, in his theory of the “Zone of Proximinal Development,” has argued persuasively that what these children need is a “leg up” to get to the next stage, and once they do, they’ll be away again, moving on to greater heights. Parents need to understand this. If they watch out for times when their child gets stuck and give them that little bit of help – without condemnation – it triggers a whole bunch of information that enables the child to go on.

I’m sure you can understand this, as it happens to us all. We cannot live in isolation; we need each other so that when we get stuck, someone will be there to provide the leg-up and help us soar away again.